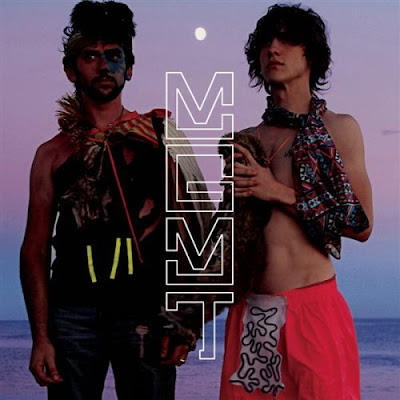 Yeah I know I didn't post #3 yesterday, I sorta kinda forgot.
So today we explore the world of MGMT (pronounced Management).  They have set the new bench mark for many bands to ascend to, and this was their first album!  The music is new fresh sound and they explained best on the Tonight Show "its like 70's music, but from the future", that quote makes me laugh when ever I think of it.
Recommended Songs:
Time to Pretend, Weekend Wars, Electric Feel, Kids
Our video is kind of a interesting one, the song is Electric Feel, but is preformed by the  sweet band from Showbiz Pizza known as, Rock-afire Explosion.
Posted by Christopher at 12:17 PM 1 comment: 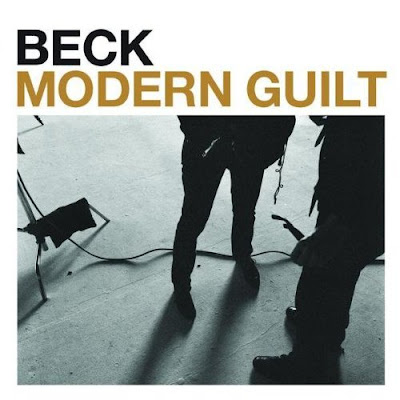 Ah yes Beck, Beck has not had a bad album sense the early 90's, he continually progresses and experiments, and because of this every album of his is unique, but still retains his trademark sound.  Modern Guilt feels a little darker than some of his albums but doesn't depress you like Sea Change (strangely my favorite album of his).
Recommended Songs:
Orphans, Gamma Ray, Modern Guilt, Profanity Prayers
Todays song from Modern Guilt is Orphans, this is the opening song for the album and sets the mood very well.
Posted by Christopher at 7:50 PM No comments: 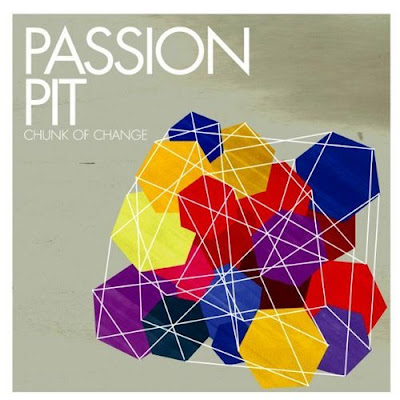 I technically should not have this on here cause it is a EP not a album, but it is amazing.  They are a very new group, as in so new they have not even released an album yet, but when they do, presumably next year it should be great.  They are an electronic group again and like a great deal of new stuff coming out is heavily influenced from the 80's.
Recommended Songs:
Cuddle Fuddle, Live to Tell the Tale, Sleepyhead

This is Sleepyhead, a very very fun song, it is one that causes you to start toe tapping.  Enjoy!

Posted by Christopher at 10:32 PM No comments: 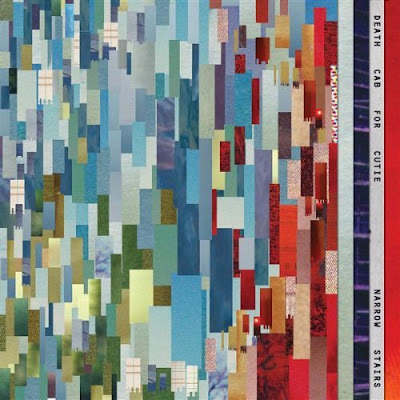 Death Cab has been within my top five favorite bands for a few years now.  This is a great album but I am worried they are slipping (becoming more mainstream).  The album has received great press and reviews, but is not the Death Cab of old.  But again their okay albums are better then 90% of the best stuff out there, hence it being on my list.  It is a fun album and Death Cab is a great way to be introduced to indie rock, its how I started.
Recommended Songs:
Bixby Canyon Bridge, I Will Possess Your Heart, No Sunlight, Cath..., Long Division

Our video is the radio edit for I Will Possess Your Heart, the full version has a four minute intro that I love, but I figured you wanted the just hear the song.

Posted by Christopher at 12:39 PM No comments:

Olivia has in the last week come alive.  She started smile allot more and is cooing for awhile at times.  These are a few pictures I got of her while Cassie was at work. 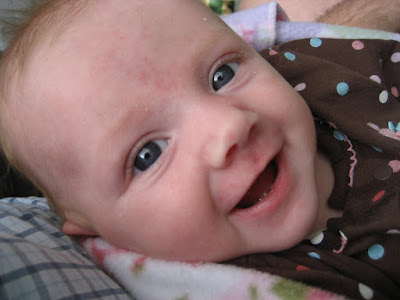 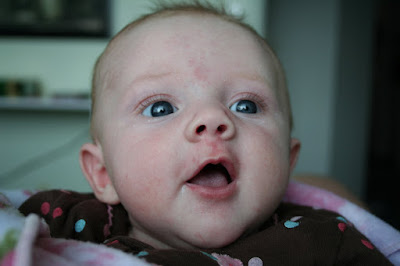 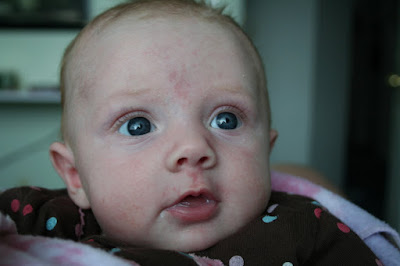 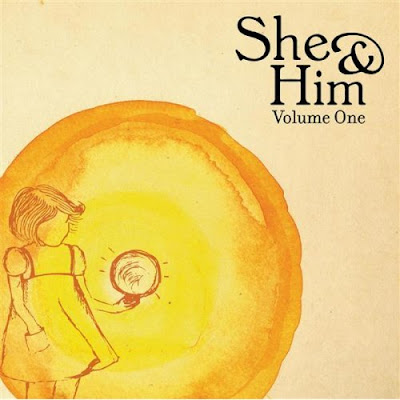 First off I need to apologize, I have been having issues with videos from Youtube being attached to my posts.  That issue is obviously fixed and then I have been kinda busy the last two days.  So I will do one post tonight, then I will do two on Saturday & Sunday to make up for lost time.
She & Him is what the name says, a girl and a guy, thats the band.  The she is Zooey Deschanel, one of the few if not only actress to transition to music successfully.  If you don't recognize her name, she has been in Elf, Yes Man, Hitch Hikers Guide to the Galaxy and many others (Her sister is the lady in Bones).  Unlike most actress's that do music, she wrote most of the lyrics (a few are covers), plays all the piano, and does the vocals.  The Him is M. Ward who is well known in the Indie music world, and he does just about everything else that Zooey does not do.
The album has a heavy influence from 60's female pop groups, and a dash of country (yes I know, I hate country music).  Because of this it has a more timeless feel to it and is great to crash on the couch with this comforting your thoughts.  Other than that I think you need to listen for yourself.  A few music critics have given this their top honers and labeled it album of the year.
One other thing; you can download the entire album off Amazon.com for only $5.00.
Recommended Songs:
Why Do You Let Me Stay Here, This is not a Test, I Was Made For You, Sweet Darlin'

This is the Video for Why Do You Let Me Stay Here below, also you can click on the recommended songs and hear a 30 second clip.

Posted by Christopher at 6:51 PM No comments: 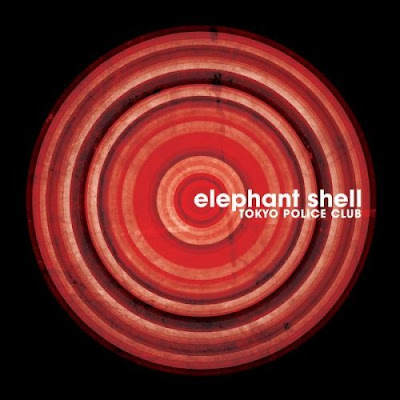 Today we move from the world of electronic and venture into indie rock.  TPC has been around for a few years but this is their first full length studio album, they had a EP come out in 2006 called A lesson in crime, that I like more than this.  Elephant Shell has a more polished sound than previous EP's and LP's, but the feel is still intact (thats  good).
My only gripe with the album is the average length of each track is about 2:30 long, that is a little to short for my personal tastes.  All in all it is a very solid album and I look forward to future albums as they hone their sound and skill.  I think they will be around for awhile and could potentially become more mainstream and popular if they sign with a bigger record label (that could be bad).
Recommended Songs:
Centennial, In A Cave, Juno, Nursery, Academy, Listen to the Math.
This is the music video for In A Cave, they do a good job at making plastic cups look cute.
Posted by Christopher at 11:57 AM No comments: 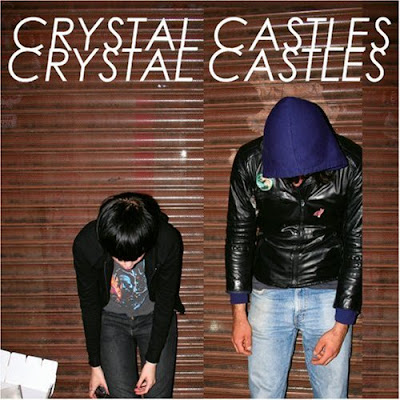 Im gong to bet all of you will dislike this album, it takes a certain kind of person to like this.  First off it is electronic and I love electronic music.  Second it sounds like good old 8 bit Atari and Nintendo music.  I heard that they have a Atari sound chip built into a synth, to accurately reproduce the sound.  This is their first album and as of yet they have had nothing but praise from music critics and fans alike.
Recommended Songs: Crimewave, Air War, Vanished, Black Panther
The track I have for you below is Crimewave, so give it a try.
Posted by Christopher at 12:15 PM 1 comment:

For the next few days I will be counting down my ten favorite albums of 2008.  Chances are most of you will not like what I like, cause I dislike most top 40 tripe.  I will post the album cover and sample of a song, some are not the best examples but it is all I can find.  So enjoy what you see and hear and let me know what you think.
#1o Bryan Scary & the Shredding Tears, Flight of the Knife 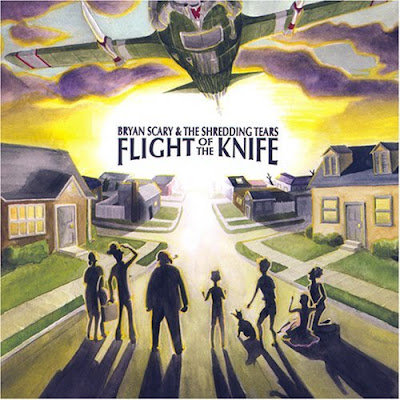 This album took a few listens to fully sink in, but now has grown to be one of my favorite albums to listen from beginning to end, and it gets better each time around.  They have one of the biggest sounds I have heard, and they move around quite a lot.  One minute they sound like Queen then jump over to ELO back over to Ben Folds and the lead singer sounds a bit like John Lennon, they have also been compared to David Bowie, The Who and many others.  So the reason it was hard to listen to initially is its like ADHD album, it jumps all over the place.  Also the whole album revolves around the theme of flight.

The track I have for you to sample (Fire Tree Bird) is not my favorite one but not much is out there.

Recommended songs: Imitation of the Sky, Heaven On a Bird, Venus Ambassador.

Posted by Christopher at 10:18 AM No comments:

Well as most of you don't know, I applied for a job at archivers ( a scrapbook store) in the university mall. And come to find out I got the job. I am really excited but also scared, just because I haven't worked for 3 1/2 years so I hope it goes okay.
Posted by Cassie Brimley at 12:35 PM 3 comments: 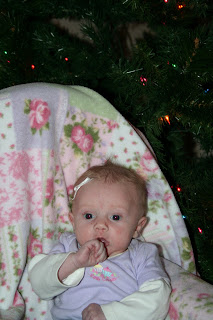 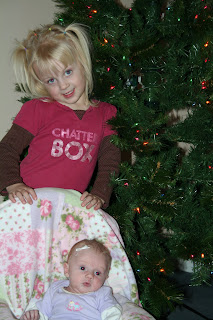 chloe thought she should be in
the picture to. 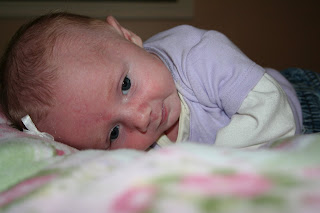 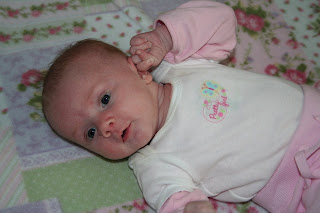 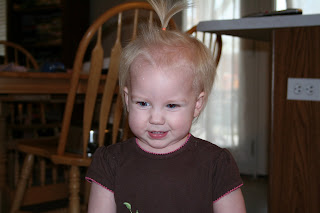 I guess I better put a picture of sofie on here
so she won't be sad ( like she will know anyway).
Posted by Cassie Brimley at 12:02 PM 1 comment:

HI! Welcome to our blog thingy.  If you don't like it or you are deathly afraid of sock puppets then go away.  What we are doing is faking many pictures so you might believe our dull life is actually fun and "happening". . . he he he, no really please look around and enjoy the shenanigans and goings on with our version of the Brimley family.
Also I as in Chris, has a separate blog that I keep my hobby  segregated from here so I don't bore you to tears.   It is called Rotating Coupler, so if want to visit, the link is down a little bit under the "My Blog List" tab. 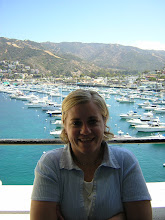